WNBA training camps opened Friday — almost three months after they originally were scheduled to do so — at IMG Academy in Bradenton, Florida, and it’s unlike anything anyone has experienced.

Daily COVID-19 testing and constant temperature checks are part of the new normal. Also, masks must be worn if players are anywhere outside their villas and hotel rooms or practice.

“The whole thing is different,” said Sky center Stefanie Dolson, who also said players are shuttled to practice via buses or golf carts. “The hardest for me is the schedule of practice and the fact you have to [coordinate] with 11 other teams. . . . That’s definitely difficult because you could have a night practice, then the next day you have a morning practice, but then you have three night practices in a row.”

Dolson said she is hoping that camaraderie and chemistry will help the Sky adapt and make the most of this unprecedented season-in-a-bubble.

“We are a really tight-knit group,’’ she said. ‘‘We always want to do everything together, and the potential of winning a championship this year is very high.”

With everything so different, coach James Wade is trying to give players some semblance of normalcy.

“We have a three-hour window in the morning and an hour-and-a-half window in the evening, so we’re going to try to keep some similarities in what we did last year,” he said.

Still, Wade acknowledged that players aren’t as ready to play this season because of the extended break between the overseas and WNBA seasons.

“We have to focus on condition as much as we’re focusing on tactical things,” he said. “Normally, you have players coming out of their seasons and their legs are under them and they’ve only taken two, three, four days off. . . . But now we have players that have not played the game in the last four or five months, so we just have to make sure they’re healthy, their conditioning is up to par and we’re not overworking them trying to get them to a point where we think they can play.”

If all goes according to plan, the league will tip off its 22-game season July 25. The schedule hasn’t been finalized, but it could be released in the next week.

The WNBA already has had some hiccups in the first few days of the bubble. Some players reported far-from-ideal situations and found bedbugs in their sheets and a rodent trap in a laundry facility. Other players shared on social media that their showers didn’t drain properly, and the Sky’s Diamond DeShields on Wednesday expressed frustration with the league-provided meal plan that served meat with each course, even though she specified that she doesn’t eat meat.

“It’s something they need to fix,” Wade said. “And so I think we have to hold them to that and they have to fix that, and I think they will. Of course, you’re not happy to hear that.”

The league and IMG worked quickly to address those issues.

Despite DeShields’ food snafu, the Sky have been pleased with their situation.

“Being here, I know that this is something that no one has ever done before, so I can imagine how overwhelming it can be for IMG,” said Dolson, who raved about the campus’ amenities, which include pools, a golf course, restaurants and a track. “The whole situation is a learning process, so for us it’s been great so far.” 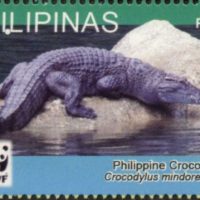 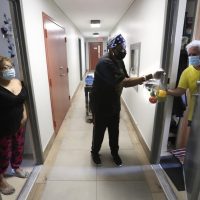