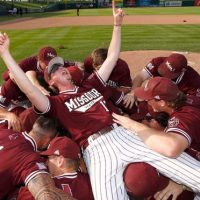 Members of the Missouri State baseball team cheered when they heard they were headed to the Stillwater, Oklahoma Regional in the NCAA Baseball Tournament. But after they checked into their hotel rooms on Wednesday night for the tournament, those cheers quickly went away. Players on the Missouri State baseball team shared on social media Wednesday night the photos of the hotel they were staying in during the Stillwater Regional.  It’s pretty gross. Relief pitcher Trey Ziegenbein posted a thread on his Twitter account while tagging the NCAA noting: “Here’s […]