OKLAHOMA CITY (KFOR) – People held a candlelight vigil at the Oklahoma County Jail to remember the inmates that died over the past couple of years.

Curtis Williams was shot by police after taking a detention officer hostage. His mother says his death could’ve been prevented.

Lee Chouteau died in the holding area in June.

“Since he passed away we’ve had no answers, no respect, no dignity, and no peace for my parents who couldn’t be here today,” Rachel Kimbrough, Chouteau’s sister, said. “Imagine burying your child with no answers to how he died. That is a hard, hard pain that all of us have to go through, and are still going through today.”

“When you come to jail, you are not supposed to be treated like an animal when you get there. You have millions of dollars that are allocated each year to protect and serve these people that come in here. Yes, arrest every person who breaks the law, even me, but I’m not saying once I get in there to treat me with bed bugs, to horrible living conditions, not give me outside recreation, mental disease, not giving me ability to wean off drugs or whatever,” he said.

KFOR recently asked the communications director at the jail about the deaths that are happening after the death of Gregory Davis.

“It’s unfortunate that it happens in these facilities,” Mark Opgrande said. “These are all part of our reviews too. We will look at every aspect of this. That’s part of the investigation to find out did something go wrong, was something not done, is there a check not made.”

He says they’re making changes, but there are obstacles.

“Our goal is to better this place, make it better each day than it was the day before. There are lots of challenges involved in that. Facility, staffing levels, too,” he said. 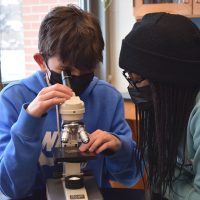