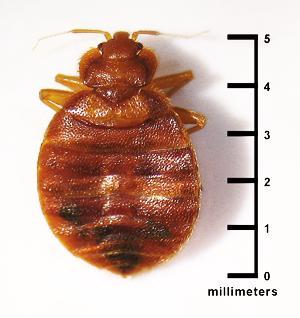 GRAHAM – Don’t let the bedbugs bite, or you could end up in court.

Nathan Lott is taking the owner of the Econo Lodge on Hanford Road to court over bedbug bites he sustained over three days in late February and March in three different rooms after the hotel had already been cited by the health department.

Lott, according to his suit, checked into the hotel at 2133 W. Hanford Road on Feb. 28. He planned to stay for three days while doing construction work in the area. He started feeling the bites in the early morning hours. When he asked the night clerk for a refund so he could go to another hotel, he was told he would have to wait for a manager in the morning.

He never heard from the manager, according to the suit, but clerks let him change rooms twice. He found bedbugs in each one and complained about each one. The clerks he spoke to said they could not give him a refund, and at least one said he probably brought the vermin in with him. One called Burlington Police when Lott demanded a refund on March 1, but officers seeing he had paid for the room, let him stay.

He notified the Health Department, according to the suit, and two inspectors came to check March 4 and found bedbugs in all three rooms he had slept in.

He is suing for negligence and unfair and deceptive trade practices claiming bodily injury – roughly 50 bites and their potential health effects – discarded and damaged property and economic losses and asks Alamance County Superior Court to award him at least $25,000.

This is not a unique lawsuit. According to bedbuglaw.com – yes, that exists – a North Carolina hotel had to pay two lodgers $18,500 in 2015, and there have been six-figure awards in other states. The site recommends counting bites, as Lott did, documenting the infestation – Lott took time-stamped photos, according to the suit – and even bagging bedbugs if you have access to a secure container and make sure to speak to management.

The hotel’s owner, Panoramic Ace Properties, Inc., has yet to respond to the suit.