DOC said it will be closing one of its Great Walk huts next month in an attempt to evict a hardy infestation of bedbugs.

Stewart Island’s backcountry huts had their busiest season on record, however there were some unwelcome guest who checked in with walkers.

Hikers returning from the Rakiura Track, Stewart Island’s Great Walk complained of developing bites and itchy sores after staying in the DOC facilities.

An infestation of bedbugs was detected at the North Arm Hut. DOC says it first heard reports of a bedbug problem in February and called out fumigation experts to treat the hut. They have treated the hut five times this season, said DOC’s Rakiura operations manager, Ren Leppens.

“Over Easter we did get a couple more reports of bed bugs that somehow missed the eviction notice,” says Leppens.

As an extra precaution the hut will be closed for bookings in late May, stripped and fully re-lined.

The 24-bunk scenic hut on the Patterson Inlet recently featured on the Herald’s 14 most beautiful backcountry huts. Bedbug warnings on the website have not put off walkers, as the hut shows it is fully booked in the first two weeks of May, at $22 a night.

“Bed bugs aren’t typically a problem on the island – normally we get reports of small infestations once every 4 to 5 years,” said Leppens. “They’re master hitch hikers and given the huge increase in visitors to the island this year it would be impossible to track the source of the infestation.”

The bugs arrive with walkers, and just as easily leave in the lining of sleeping bags and clothes.

Siobahn, a teacher from Auckland was hiking the track in early March with her father when she came out with bites across her left arm.

The “painful” bites remained for days and “put a dent in our opinion of the Rakiura as a Great Walk,” having recently completed other multi-day hikes without incident.

“DOC were really proactive about it,” said Siobahn, “We were warned in advance via email and before we started the track so I can’t fault them at all. “

“We booked earlier in the year and, when they told us of the issue in February, we thought surely they would have sorted it by then.”

DOC insists that they haven’t spread to other huts on the island, and that it is not a reflection on the hygiene of the huts of those using them.

Hikers booking into the hut have been advised of the bedbug issue and the visitor centre staff in Oban will also be keeping walkers up to date.

The Ministry of Health advises that bedbug bites aren’t usually a health hazard, but range in severity from a sandfly-like bite to painful, red swelling.

Normally bites can take a couple of days to show, making it hard to stop spread.

The bugs are notoriously difficult to kill and live in dark dry places, advises the Ministry of Health. You should washing sleeping bags and clothing at a high temperature to avoid bringing bugs home. 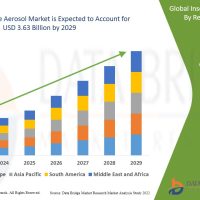 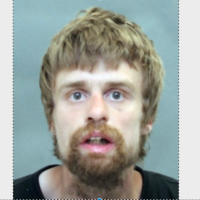