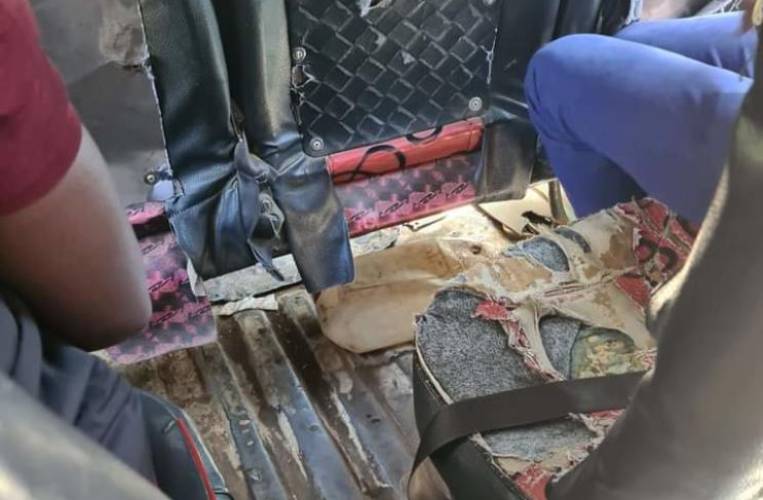 If there one thing leafy suburb residents share in common with those from the slums is old, rusty matatus.
A spot check by The Nairobian revealed that most matatus that ply these high-end estates like Kileleshwa, Lavington, Runda, Karen and Nyari are an eyesore. Some even have bedbugs!

The script is different from Eastlands where matatus that ply these hoods are souped up and millions go into their unique graffiti.  According to Eric Morema, an investor in the matatu industry, most investors don’t put money in the vehicles since demand and competition is low.

“ Most of the residents in these uptown estates own up to five vehicles. They rarely board matatus. So, there is no point of investing heavily since the profits are low,” he noted.

He also argues there is no need of investing in new matatus on loan because “it will not make good profits to repay the loan, further if you compare such matatus with those plying busy routes, leafy suburbs don’t have rush hours.”
Albert Omingo, a driver operating Karen route, says most of his clients are watchmen and casual labourers.

“Most of my clients are casual labourers. Unlike other routes, we don’t have rush hour.”
The script is the same in Mombasa county. Most matatus in high-end estates like Nyali Reef  are old.

Mombasa Matatu Gallery CEO Teflon says some factors are considered when allocating matatus on the different routes.
“Investors on those routes don’t invest millions to pimp the vehicles because returns are low. Most of the people who ride on them are casual labourers or those living in slums around the estates,” he notes.

At the same time, he argues the affluent people living on such places don’t like the noise from the vehicles.
“The residents frequently report us to police due to the noise,” he said.